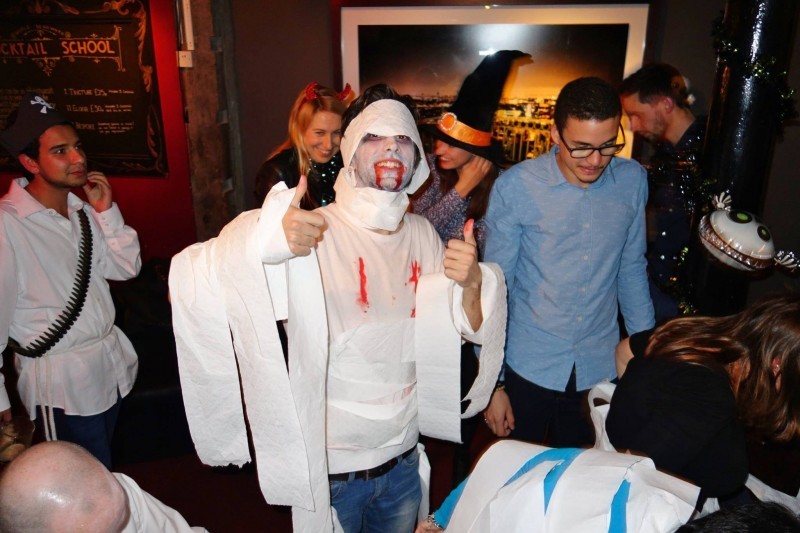 On Thursday the 29th October we had a Halloween party!

Although this American holiday has been around for some years in the UK, it has really become most popular in the last 10 years, with a lot of British children dressing up and going ‘trick or treating’ – they go around the neighbourhood knocking on people’s doors asking for sweets (a treat) and if the residents don’t pay up they will suffer a punishment of some kind (a trick). We hope not too many people in Manchester suffered tricks this year 🙂

Our Halloween party was much nicer. No tricking, but we did have a few competitions. First off was the ‘mummy’ competition, we used toilet paper (clean, of course!) to dress up classmates like an Egyptian mummy and then to do a ‘mummy walk’. The winner was Jose from Spain. We also had a limbo competition; a dancing contest and a flexibility challenge. We like to stay active at Communicate!